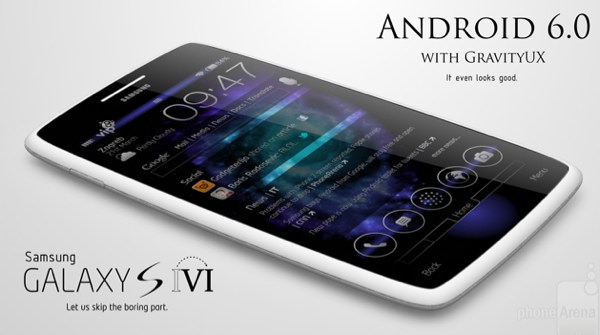 Even though there has been no official announcement – Samsung’s new Galaxy S6 launch is expected to have a release date that coincides with the Mobile World Congress (MWC) in Barceloa, Spain which starts on March 2 and lasts through March 5, 2015. Being that this is one of the biggest high profile events of the year, and considering that they did not launch the Galaxy S6 at CES as previously rumored – we believe that an MWC launch is highly likely.

However, we also have to consider that while it may or may not be announced at MWC in March – it highly likely it will become available sometime in April as Samsung previously launched the Galaxy S4 and S5 in April of 2013 and 2014, respectively.  So, in keeping with tradition – we believe you’ll be able to pick yours up in April 2015, regardless of it being announced at MWC or at a special Samsung launch event.

Rumors have it that the Galaxy S6 will shake up the industry with a complete overhaul on design and a whole new mix of features that will just rock the smartphone world. Possibilities range from having  curved screen or one that wraps around the edges, to having a much stronger CPU and even an HD4 display (which would just be awesome by the way).

In recent press, Samsung’s PR guy, Robert Yi, was quoted on an earnings call that it will be releasing an “innovative premium handset” with a “special function”. Whatever this special functions is – we’re pretty certain that Samsung will not disappoint as they’re targeting 2015 to be their big year.

The performance of Samsung Galaxy S6 will redefine smartphones with an innovative combination of internal hardware and selection of new processing, display and camera technology. Check it out:

Note that recent news from a Qualcomm earnings report provided guidance that the chipmaker did not include revenue projections of their Snapdragon chipset (805 or 810) from one of the major mobile phone makers. Considering that LG and HTC have already committed to using Snapdragon – we believe this leaves Samsung out of the equation for them and brings Samsung’s Exynos chip into the fold for the Galaxy S6.

This is where it gets really interesting for Samsung and the new Galaxy S6 release. Citing the previous “special function” and “innovative premium handset” remarks – this we believe aims directly at a complete design overhaul and really being at the forefront of the display curve, which Samsung is by far one of the best known companies for in the world. According to a recent ZDNet report, the smartphone could be available in an Edge variant, which would mimic the single-edge curved display and second screen functionality of Samsung’s Galaxy Note Edge. While other S6 rumors suggest that it will come with a flexible display that is curved on both edges, or that the phone itself will have a curved form factor. Either way – expect the new Galaxy S6 to be bold and look great.

Even more compelling is some of the other rumors out there that the Galaxy S6 may have back panels that can be swapped out to provide different types of functionality such as a fitness minded activity monitor or an e-paper cover to provide “Note” like capabilities. While these possibilities are very attractive, we believe they are unlikely now and would be considered in new product launches to be released in the near future.

The new Galaxy S6 is expected to be a surprise to everybody in terms of what they’re bringing to the table. However, in order for it to be a success, it has to provide more value for the dollar than its premium smartphone competitors. With major upgrades such as the HD display, edge or curved screen and Ultra Megapixel camera – we believe the pricing will be in the $750 – $800 US range. If the S6 comes out with the flexible display – expect the price to be an additional $100 or so, which will be a nice premium to pay for the “flexibility” and novelty.

Perhaps I’m a little biased because I have an S5 and love Samsung products. However, all things considered, we strongly believe that the new Galaxy S6 release will be a winner for Samsung and anybody that buys one. It will provide a big leap in performance in almost every measure and will most certainly have that “special function” that people are looking for. We’re excited about the S6 release and look forward to seeing what comes of it.