The new HTC One M9 will be the latest smartphone to arrive on the scene to try and capture marketshare from the top mobile phone manufacturers. 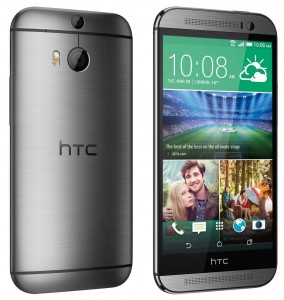 The new HTC One M9 release is one the most anticipated product launches for 2015 amongst the smartphone makers, and particularly for HTC. The release date for the new HTC One M9 is March 2, 2015 at the Mobile World Congress (MWC) trade show held in Barcelona, Spain. The release of the HTC One M9 event has been coined by HTC as “Utopia in Progress” where they’ll be unveiling something “new” and “spectacular.”

Interesting enough, HTC may actually be launching two smartphones on March 1st along the HTC One M9 line – one being the base model named the “Hima”, and the other being the “Hima Ultra” which has additional features that we cover in the HTC One Specs section below.

Lets dig in deep on the HTC One M9 specs and what is so cool about this smatphone that will make it one of the hottest releases in 2015. Here’s the latest lowdown:

(Note that these specs are estimated and may change)

In addition – one of the devices (not specifically named) looks like it will have a center mounted security authentication fingerprint scanner below the HTC logo.  Other leaks also refer to this HTC One M9 model as the “Hima Ultra” possibly with a larger display screen size, while the other phone (without the fingerprint scanner) being named the “Hima.”  Either way – both smartphones will be in high demand and sought after, especially to those that are loyal to HTC.

One of the most important features of any smartphone is of course how awesome the camera works in terms of image clarity and performance, regardless of the circumstances or what your shooting day or night, a selfie, in action, a video, or whatever you can imagine. Well, we believe the newest HTC One will certainly deliver with great resolution, coloration, and high speed performance.

With these specs – the HTC One M9 camera will definitely be one of the best among the crowd.

We believe this to be one of the best phones coming to market in 2015 and those who use and like the HTC line will not be disappointed. With its full featured capabilities, great camera and high performance speed – you’ll definitely like this camera. In our view, the only minor drawback is that they could have gone with a higher graphics display (HD), however, the cost savings will likely be a benefit to the customer with a sticker price anticipated to be lower than its peers in the same category.

Get Your HTC One at Amazon!